Jan van Veenendaal in the Himalayas 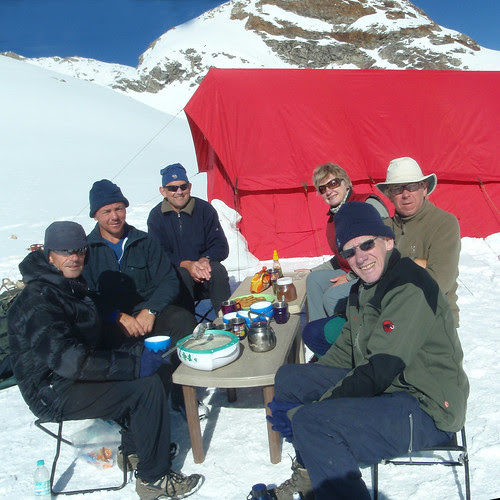 James, Keith, Jim, Adriana, Jan and Steve at breakfast at the campsite before the pass to Marsar Tal, Uttarakhand, India.

A Friend from the Himalayas

It's hard to believe that Jan (foreground right) died this week whilst out for a run. This is us a year ago whilst trekking in the Himalayas. Our thoughts are with his sister, pictured here above him, and with the rest of his family. 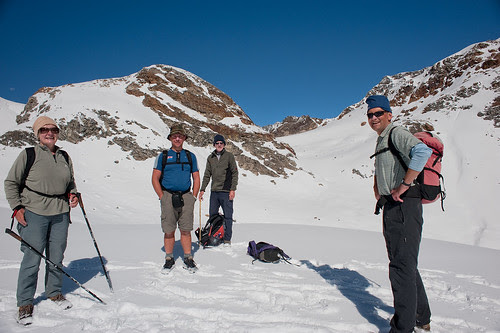 L to R. Adriana, Keith, Jan and Jim  below the pass on the trail to Marsar Tal, Uttarakhand, India. This is after Jan had somewhat recovered from his fall. We are just about to go over a 5000m pass.

I didn't know Jan that well as I first met him on a trekking trip to the Himalayas in the Autumn of 2009. Those four weeks together is all the time I knew him. Nevertheless I was grieved to learn of his passing. he'd had a heart attack earlier this year but by all accounts had recovered well. Well enough to be out running. 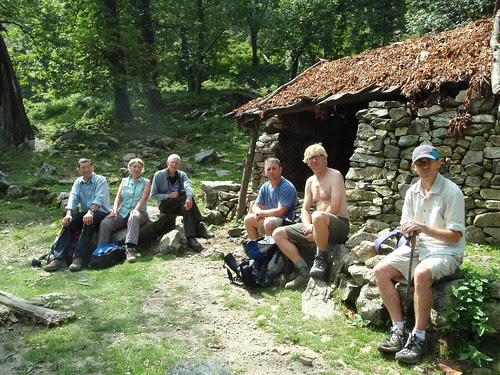 This is the crew. from L to R: Jim, Adriana, Jan, Keith, me and James taking a break at the Shepherds Huts. This is only our second day on the trail. 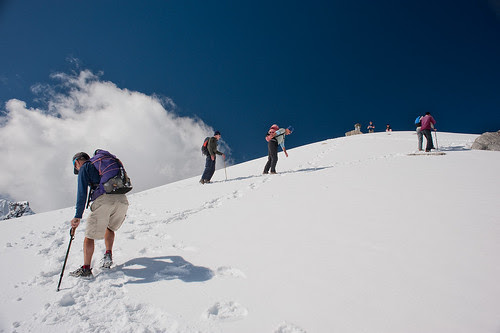 L to R. James, Jan, Jim and Adriana (with porter) struggle up the hill. Keith and another porter wait nonchalantly at the top! 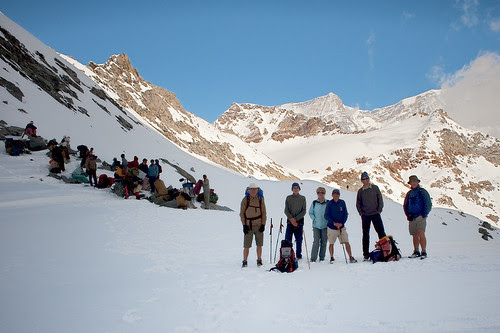 At the pass at 5011m. The porters gather on the left and L to R, me, Jan, Adriana, James, Jim and Keith. On the trail to Marsar Tal, Uttarakhand, India.

As it happened Jan didn't have a lot of luck on this trip and hurt himself in a fall whilst descending down through some rice paddies. As he fell he twisted his knee and got a dead leg.  he was half carried down to the road and then was able to hitch a ride in a local bus into the small town of Ghuttu, about 5km down the road.

It was clear the next morning that he wouldn't be able to continue with us so it was decided that he would take a taxi around the mountains and rendezvous with us four days later in Gauri Kund. One of the porters would accompany him and make sure he found suitable accommodation there and had his needs dealt with. The day of the fall is described here.

It's a great pity he missed these days as they included a rest day out on the mountains and a memorable game of cricket with the porters. On the other hand he also missed a terrible drenching and a miserable night camped in a boggy cow pasture.

When we did finally meet again he seemed in reasonable shape and a much better mood. It must have been grim stuck in Gauri Kund with nothing much to do. The next day he re=joined us on the trek for a miserable climb up the pilgrim trail to Kedernath. he must have been tempted to take some of the transport facilities available to the pilgrims but he manfully resisted. He could have been carried in a basket, carried on a mule or carried by four porters in a palanquin - essentially a sedan chair! But like the rest of us he slipped and slid his way in the constant drizzle the 14km up the mountain.

Fortunately we left 'civilisation'  a couple of days later and continued our trek into the mountains. he came with us all the way, including camping in the snow, going over a 5000m pass and managing some treacherous climbs and descents.

Top bloke. He'll be missed, not least the next time I'm sat around a camp fire in the mountains somewhere with his sister and brother-in-law, Adriana and Jim. 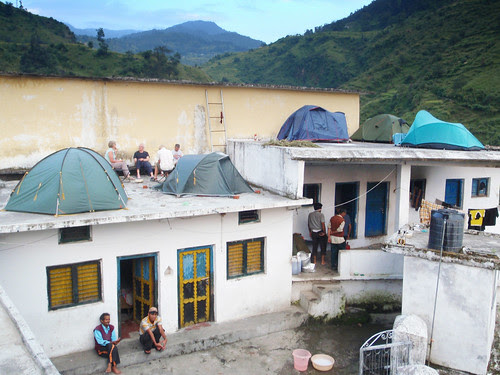 Jan is on the rooftop here, facing us in the middle. This is the day of his fall when we are contemplating what to do.
Posted by Steven House at 16:01 No comments: