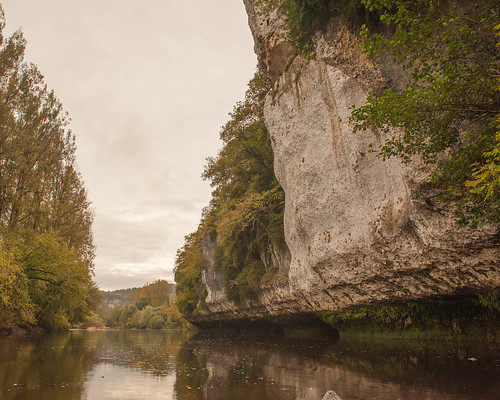 After breakfast we strolled down the lane into the village of St. Leon and back to the canoes we had left on the river bank. In no time at all we have got out life-jackets and paddles, have loaded up our canoes and are on our way. 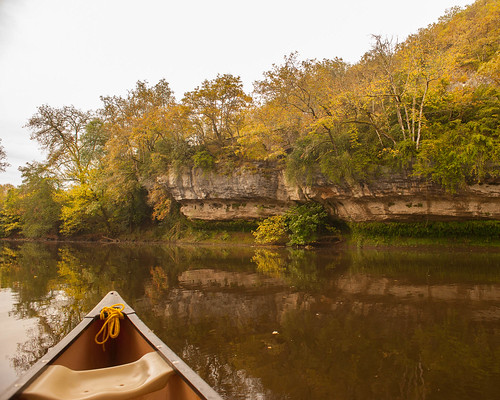 It's a beautiful Autumn morning, a little cool, but with a promise of some warmth later in the day. We are surrounded by the subtle fall colours of the leaves and trees around us. Mostly pale yellows and golds and browns. A small flotilla of floating leaves accompany us downstream. 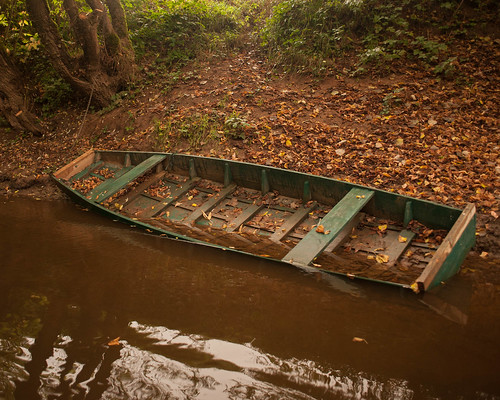 After an hour or so we pull over at Roque St. Christophe to visit the museum cut into the cliff. The old grooves in the cliff cut by this river millions of years ago were once used as shelter by various peoples - even as late as the Middle Ages - even as late as World War II as it is reputed that contraband was hidden here even then. 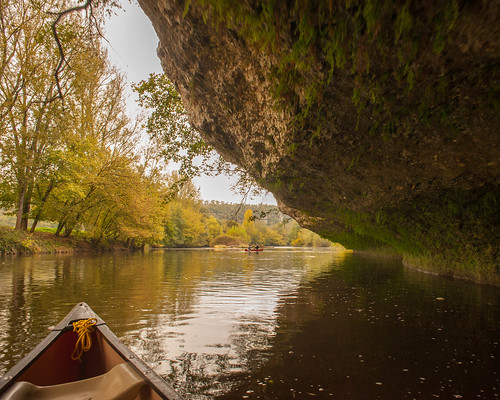 An hour later we are back on the water and making our way to Tursac where we shall stop for a picnic lunch. Steve has got there ahead of us and the table is beautifully set with all sorts of goodies when we arrive. It's warm enough to have a glass of cold wine or two as well. 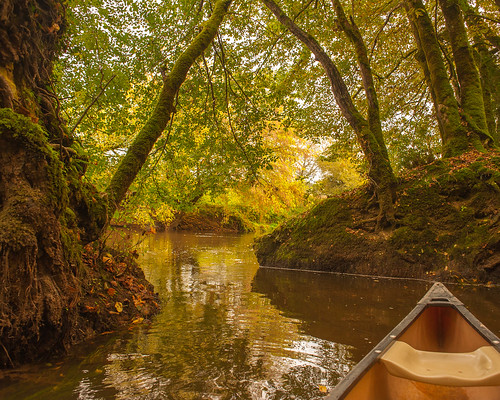 With some reluctance we leave the comfort of the picnic stop to continue our paddle. Our next destination is La Madeleine - a famous Chapel which clings to the cliff above the river. King Richard the Lionheart of England is reputed to have prayed here on his way to the Crusades. It is also the site of a Roman Fortress and of some ancient Cro-Magnon dwellings too. 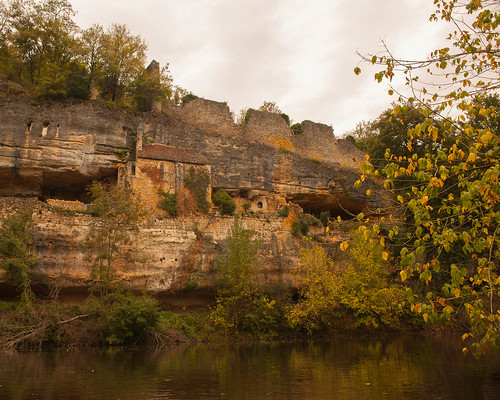 Another couple of hours on the river brought us around to the small town of Les Eyzies where we are to stay the night. 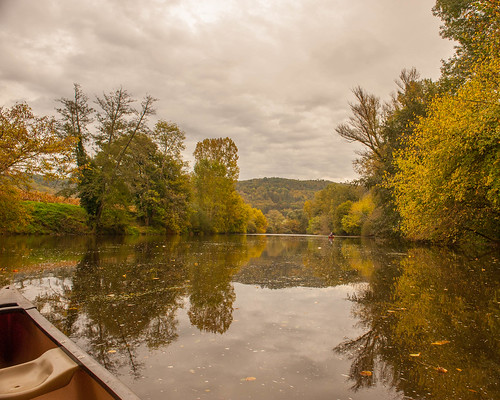 It didn't take long to stow the boats and walk around to our hotel. We still had time in the afternoon for a lounge around or a snooze and later, in the evening, we wander to a local restaurant for dinner. 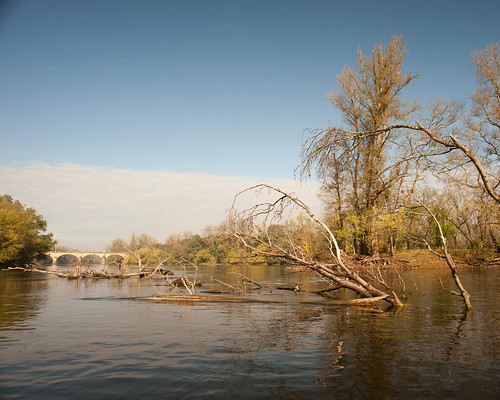 The next day we took a short drive to rendezvous at Cazoules with our next outfitter. We are to start here on our three day paddle down the Dordogne. Today we are aiming for Montfort. The Dordogne is a larger river than the Vezere, both broader and faster, but it does have plenty of islands to explore and we spend some time on our meander downstream ducking and diving down some of the smaller channels. 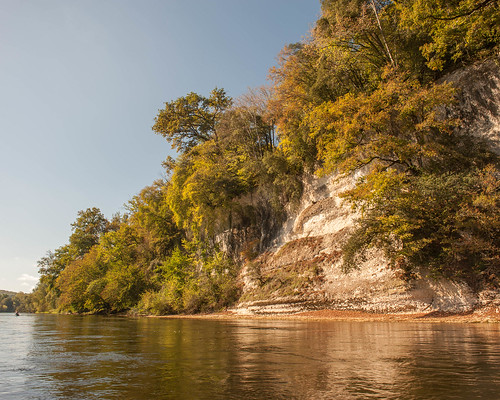 After an hour on the water we stop for our usual extravagant picnic on the bank. Steve had once again rustled up something special. It was hot too and me and one of the guests took a quick dip in the river. I must admit it was quite fresh! 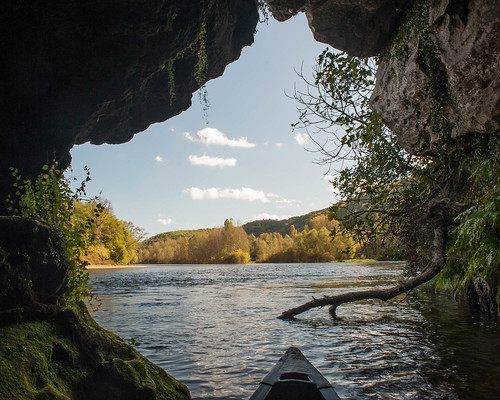 After lunch we continued our sedate paddle downstream, dodging in and out of several islands and slipping into a little cave at one point. 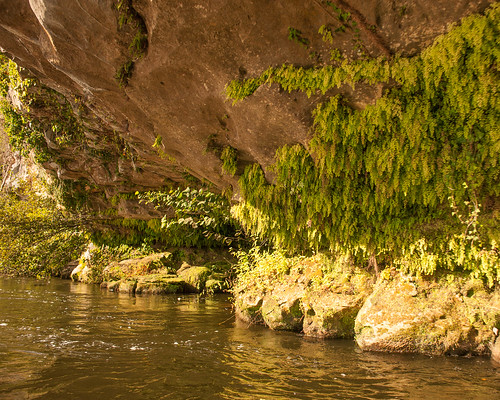 We have the river entirely to ourselves, not another canoe to be seen and all the fishing punts are tied up on the bank. Some of them look in a right state but I've seen fishermen use these. They just bale them out and drift out to mid-stream baling and fishing as they go. No motors are allowed. 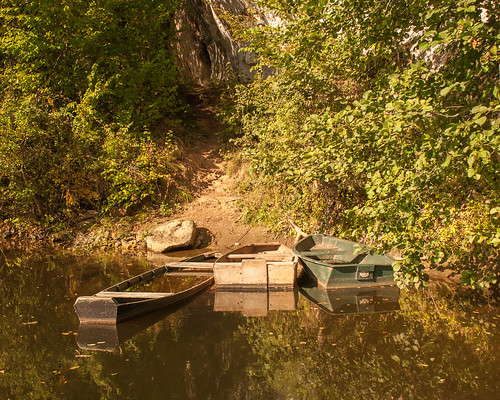 Eventually we get to the big corner in the river where the Chateau Montfort looms over. It's an impressive sight. 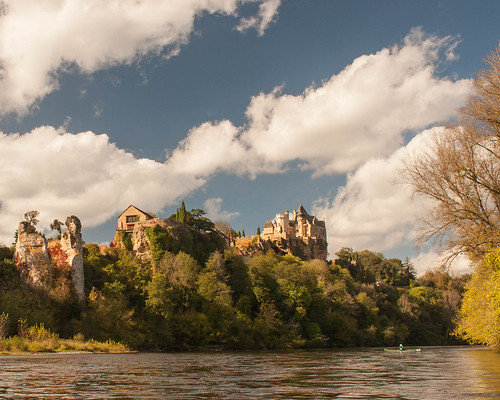 We negotiate three more islands after the castle, taking the quiet side on two of them and then slipping over into a bouncy faster stream for the last gallop home before we arrive safely at the beach by our destination. Steve is there to meet us and before long we are trundling along the narrow lanes back to our hotel.
Posted by Steven House at 13:40